Looking for a fresh twist on a literature unit? For several years, I’ve been incorporating banned books lessons into my high school English curriculum. Why? For one, it allows me to implement choice reading. Also, it’s one of the most engaging units for my students. Whenever I can make reading engaging, I jump at the opportunity.

For good reason, teachers might be hesitant about mentioning “banned books” in the classroom. However, I think there’s a huge misconception when it comes to literature that’s been censored. It’s not just books like 50 Shades of Grey that have earned a bad rap. Many people might be surprised  to learn about this list of censored texts:

Every September, I look forward to Banned Books Week. I teach in a relatively conservative community. Banned books are not something I push my students to read with an agenda. Rather, I like to take the opportunity to educate students about literary censorship and intellectual freedom. These are new concepts for the majority of my freshmen. It’s so important to open their eyes to the fact that literary censorship happens across the world.

While banned books are a touchy subject for many, teachers can introduce them in a way that is culturally sensitive for any community. No matter what district you’re in, there are ways you can teach students about censorship to make them more well-rounded citizens. These lesson plan ideas would work for any time during the school year. I just like to capitalize on Banned Books Week to bring awareness that it even exists. 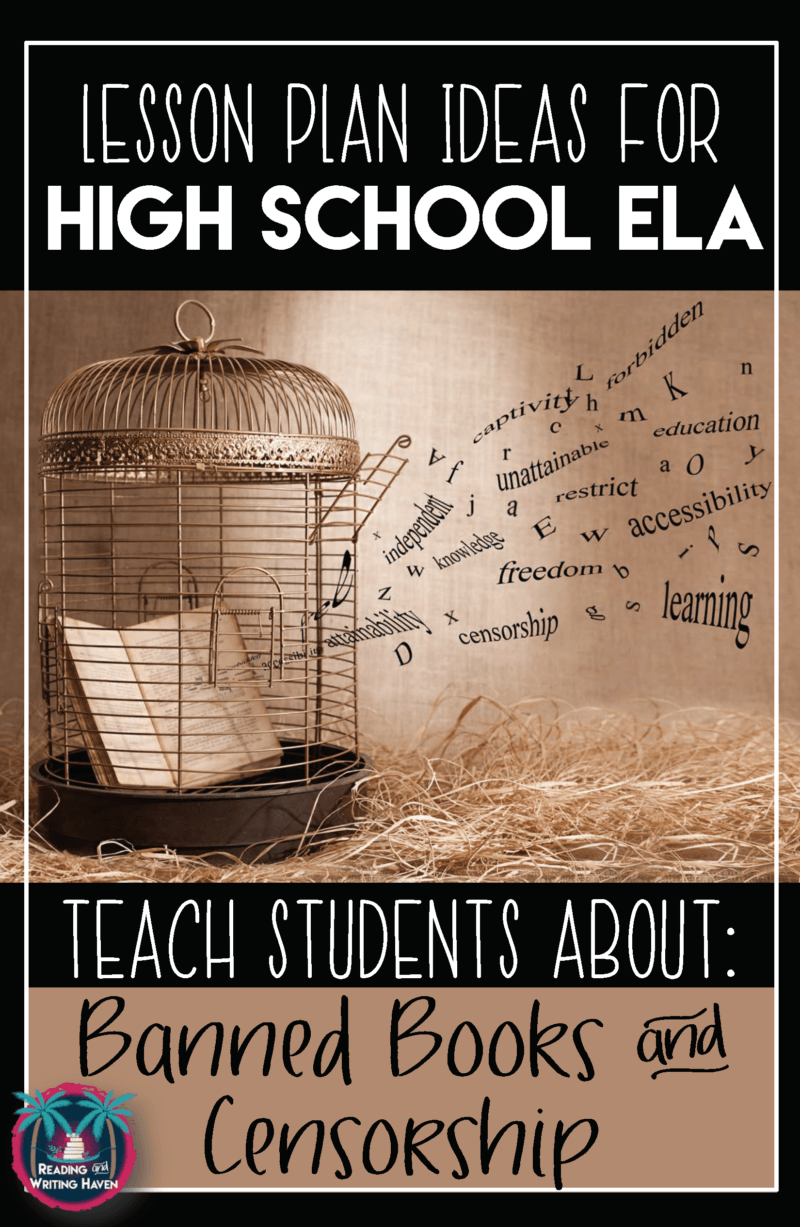 TIPS FOR TREADING LIGHTLY WITH CENSORSHIP

When covering banned and challenged books in the classroom, especially in a conservative community, it’s helpful to ride the fence. Don’t take a stand for or against literary censorship. Instead, allow students to learn the facts and make their own decisions.

Involve parents. Keep them informed about your lessons and their importance. Ask them to provide a signature for the banned or challenged book their child wants to read. Keep in mind…most books have been banned or challenged, but people are often unaware of this fact. If you are asking a student to read a book because it has been censored, it’s important to gain parental permission.

Remember that everyone has different life experiences and backgrounds, which could make some students more sensitive to certain topics than others. In the past, I’ve asked students and their parents to fill out a survey in which I ask them if there are any topics they would prefer to avoid. Rarely do I get these requests, but they happen.

Be tasteful. While many banned and challenged books are harmless, there are others that truly are inappropriate for certain age groups. When literary censorship is covered in the classroom, teachers need to keep in mind that even high school students are impressionable and need adult guidance.

However you choose to approach it, teaching students about banned books is an excellent way to open their eyes to the truth. While literary censorship can certainly be beneficial for adolescents in some circumstances, raising up a generation of teenagers who is completely unaware of its existence is a dangerous road.

Have you taught your classes about censorship in the past? What are your favorite ways for engaging students with banned and challenged books?

Click on the image below to view assignment details for introducing the concept of literary censorship in the high school classroom. 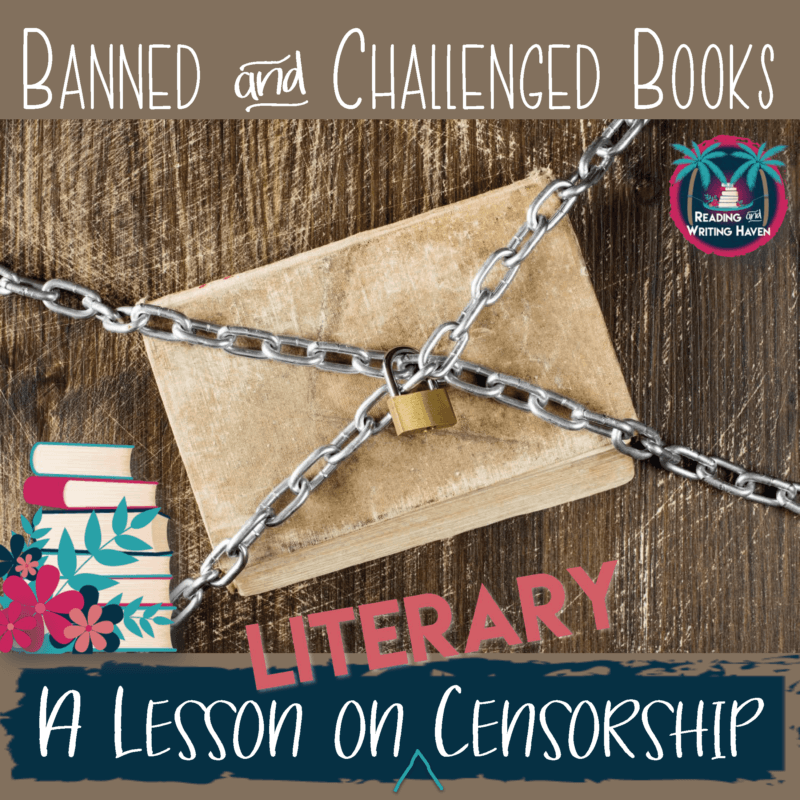 6 Ways to Prevent Cheating on Homework

A Fun Vocabulary Activity for Middle or High School

High-Interest Young Adult Novels to Add to Your...

Integrated Vocabulary: Teaching Vocab in the Context of...

Creating a Habit of Reading: Tips for Parents...

Get Ideas in Your Inbox

No images found!
Try some other hashtag or username

How to Engage Students: The Ultimate...